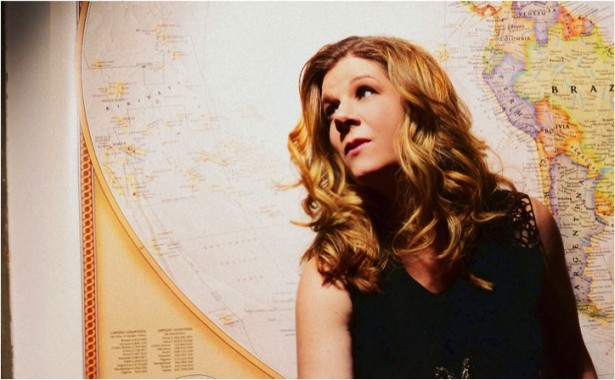 The hugely talented Dar Williams – rated by many as one of the best singer/songwriters of the past 20 years – pays a visit to Thorner in May.

Her thoughtful songs, many based on personal experiences, have brought the Westchester County, New York artiste a lot of praise and a sizable fan base.

Emerald, her ninth studio album, was released in 2015, and was hailed as powerful, deep and mature by the critics.

The Telegraph included her in their recent top 60 female singer/songwriters’ list while the likes of Lucinda Williams and Gretchen Peters have praised her output.

“Dar Williams is a songwriter of immense talent and her new album, Emerald, is a work of real depth.” (Daily Telegraph)

Edwina Hayes’ beautifully written songs, charming stage presence and voice of an angel have won her a reputation as a true natural talent of gentle folk-Americana. She has opened numerous shows for Jools Holland and Van Morrison as well as her own gigs playing stages everywhere from Glastonbury Festival to The Royal Albert Hall. Edwina numbers Michael Parkinson and Mike Harding among her fans and the title track of her album Pour Me A Drink was covered by Nanci Griffith who calls her ‘the sweetest voice in England’.