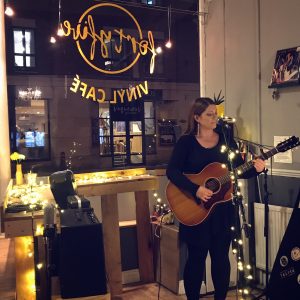 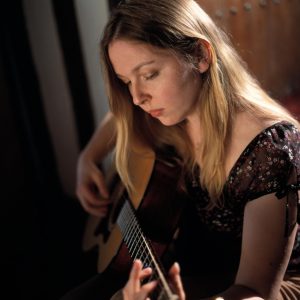 No stranger to the Victory Hall stage, Edwina Hayes is paying a return visit for an exclusive DOUBLE BILL with Emily Slade

This will be a Charity Fundraiser in memory of David Walmsley, with all proceeds from the evening will be donated to JDRF (Juvenile Diabetes Research Foundation).

One of the finest female singer/songwriters this country has produced in years. Edwina brings together English folk, Americana and the rich northern singer/songwriter tradition to create a sound that’s truly her own. Highly accomplished, she’s toured with such notable performers as Jools Holland, Van Morrison, Nanci Griffith and Loudon Wainwright III to name just a few.

Edwina numbers Michael Parkinson and Mike Harding among her fans and the title track of her album ‘Pour Me A Drink’ was covered by Nanci Griffith who calls her ‘the sweetest voice in England’. Her cover of the Randy Newman song ‘Feels Like Home’ was featured in the film ‘My Sister’s Keeper’ and has since had over ten million plays on Spotify and over fifty million plays on You Tube.

UPDATE: Due to unforeseen circumstances Emily Slade is no longer able to perform at this event. Taking her place will be Gary Stewart. A familiar face at the Victory Hall, Gary will be performing material from his latest solo album, ‘Lost, Now Found’.